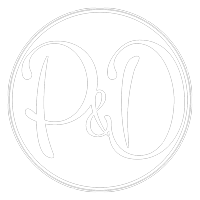 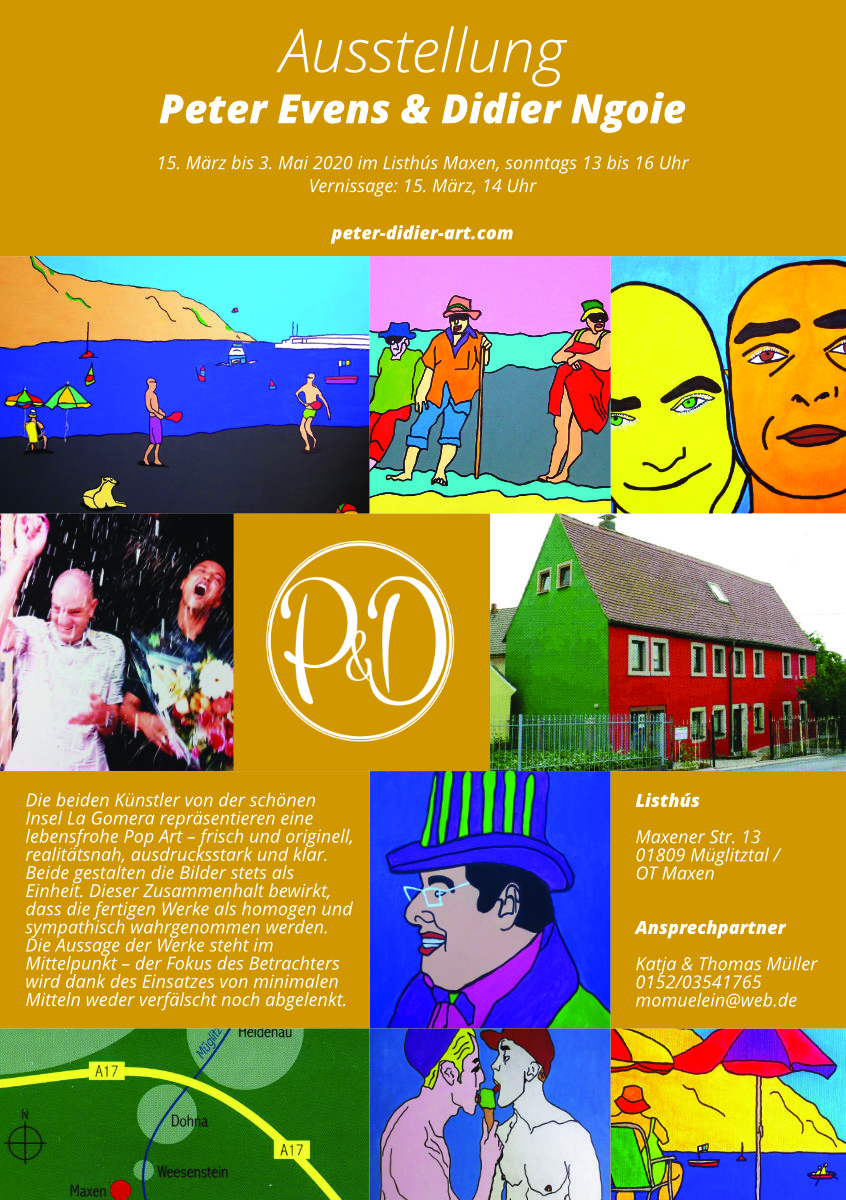 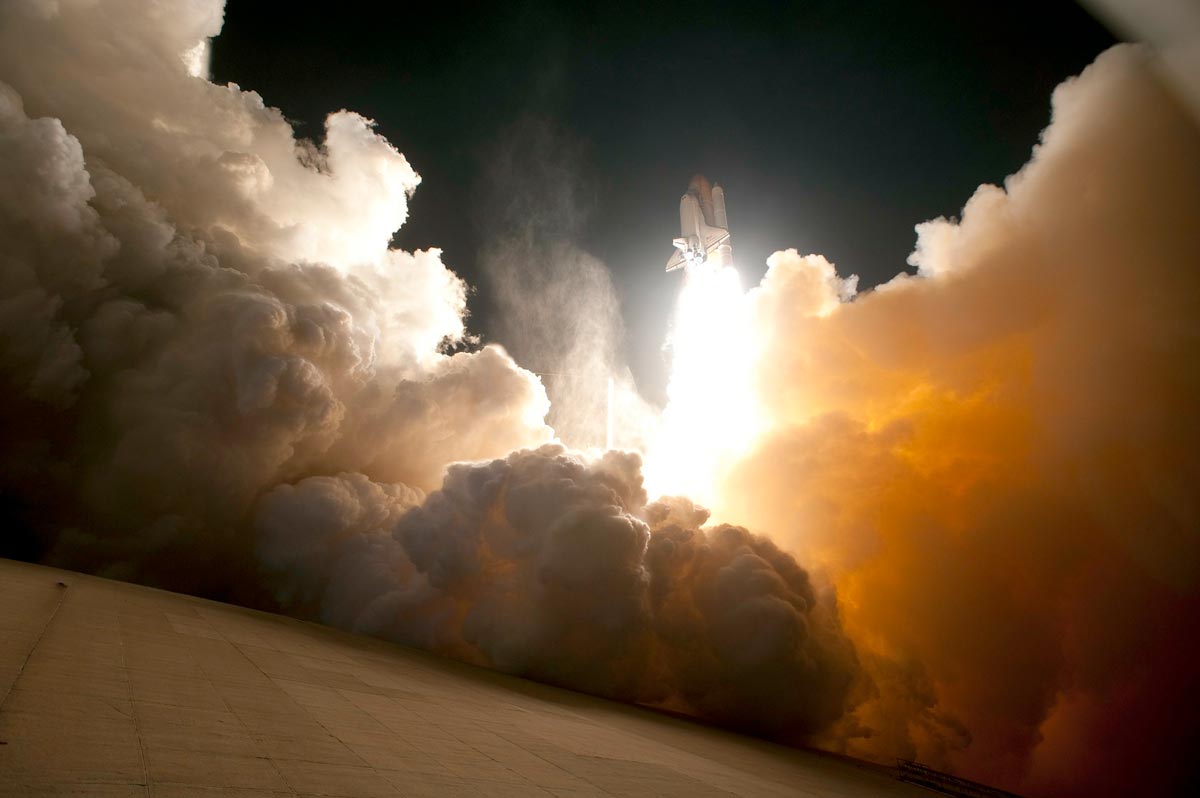 We have developed a unique painting style on the small island of La Gomera – a paradise for ... 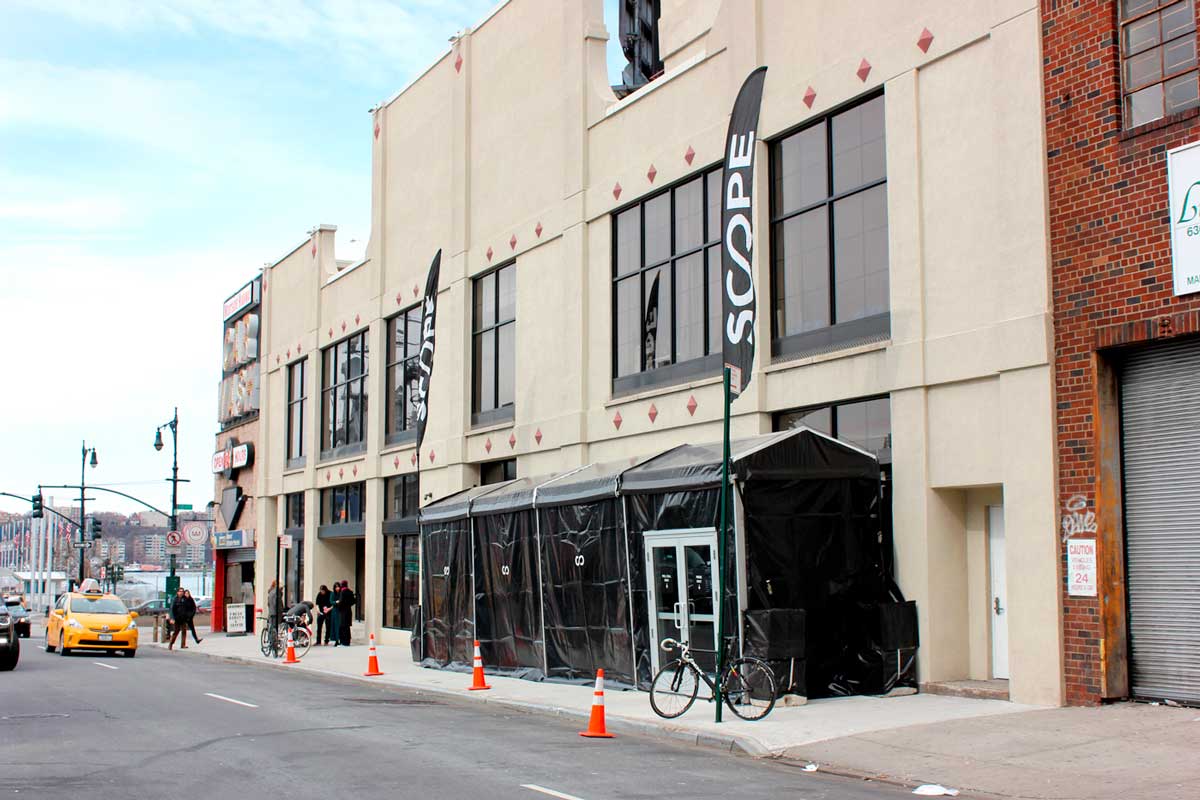 Scope Art Fair is a private international exhibition offering an exceptional insight in the ... 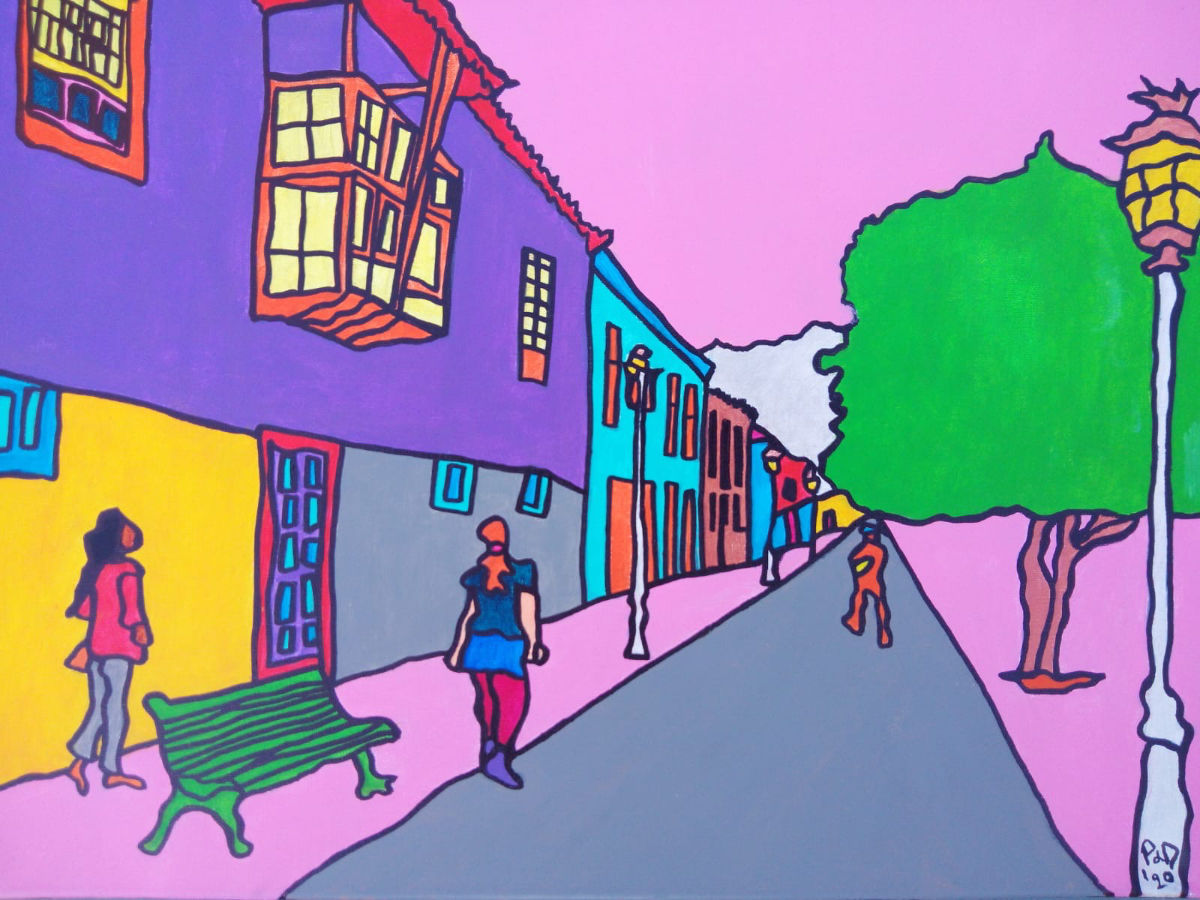 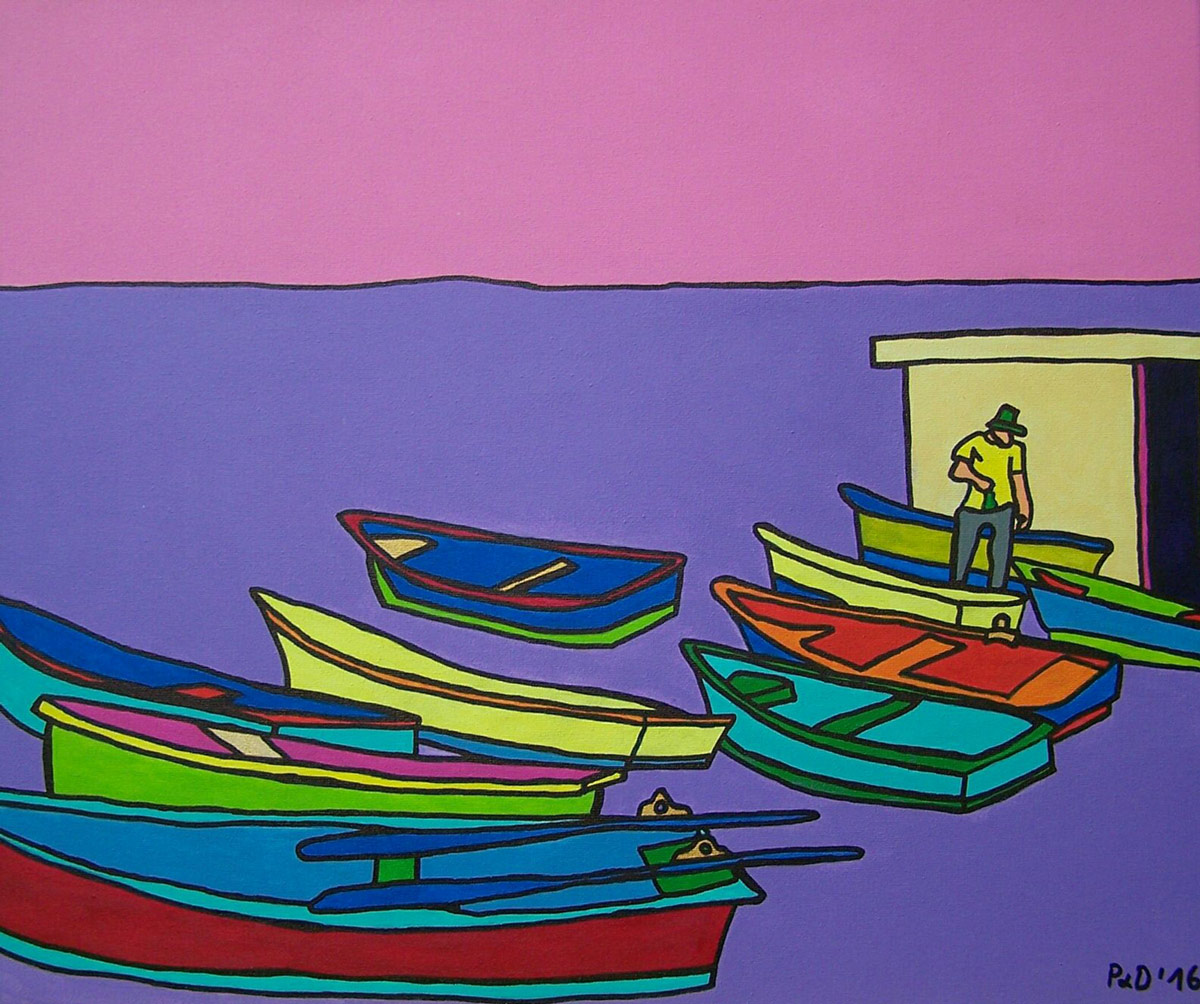 People on the rock 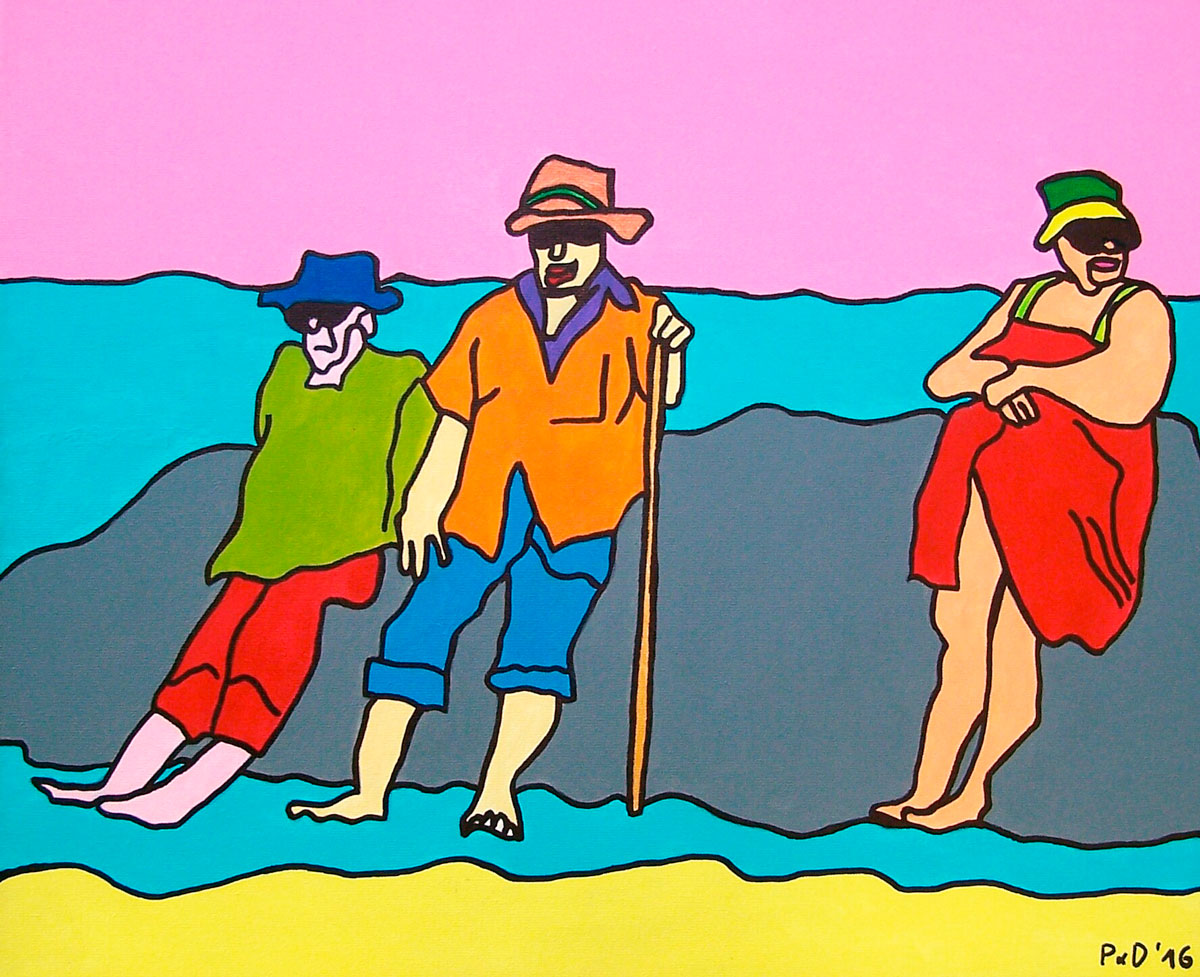 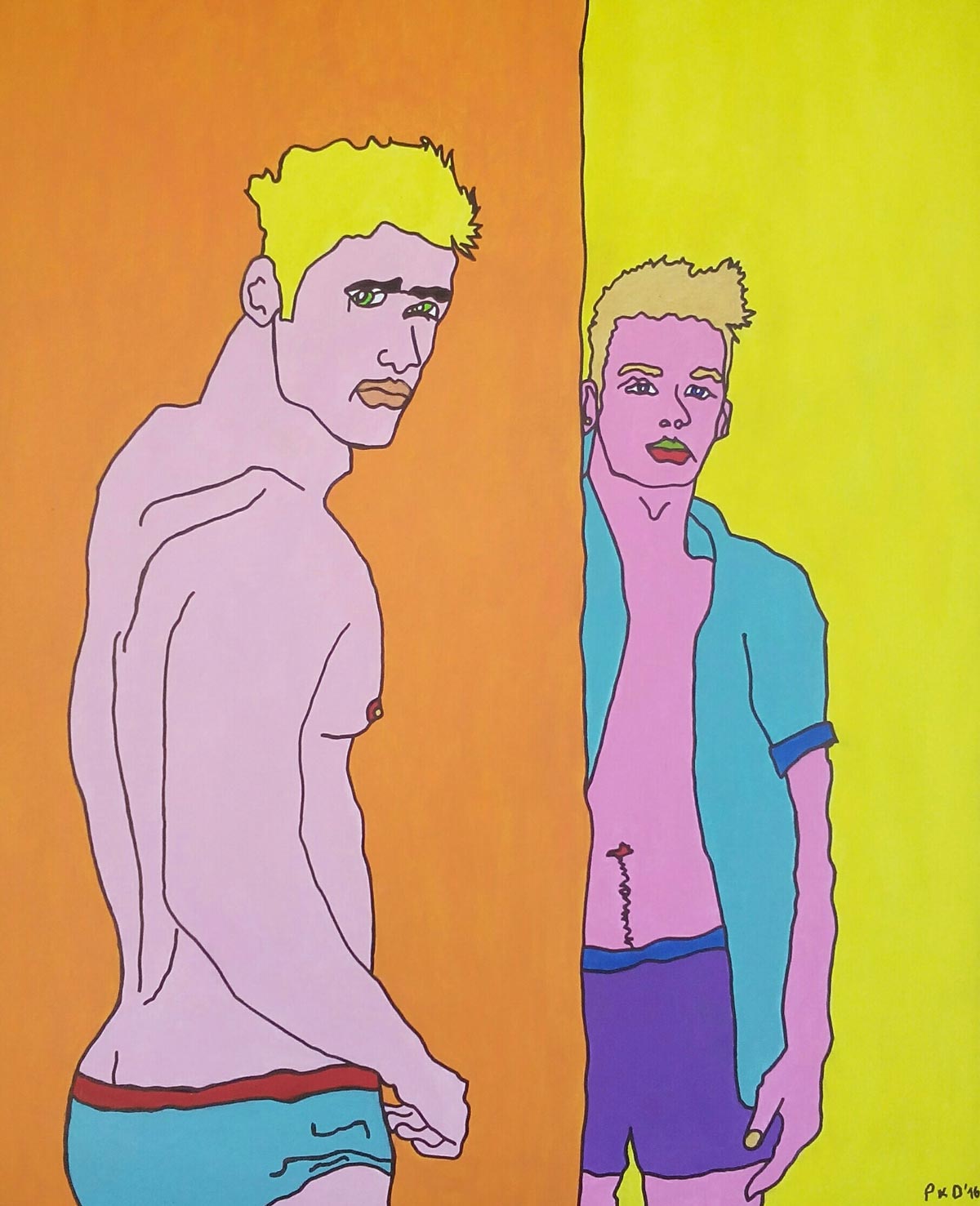 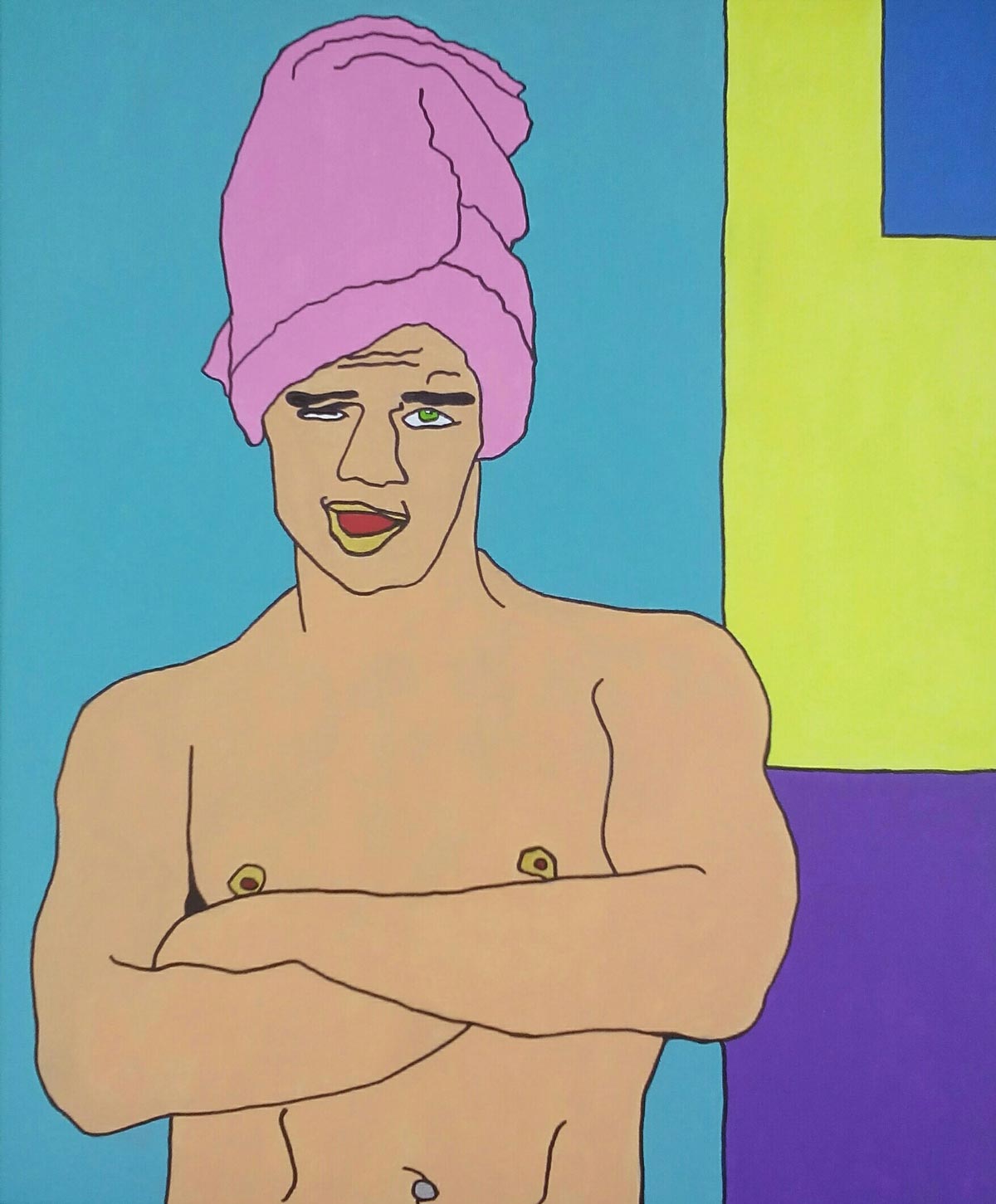 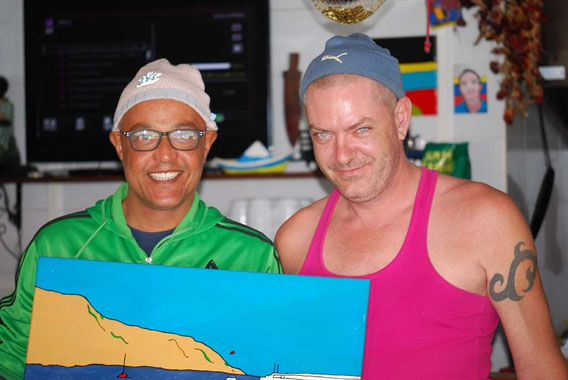 After a youth spent one in Congo and the other one in South Africa they both studied in Antwerp, Belgium and were dedicated themselves for years one to profesional theatre and the other to gastronomy in the most prestigious restaurants of Antwerp. In 2000, the new millenium, they went to live in La Gomera, Valle Gran Rey, in the Canarian Islands, married there and had a restaurant of French-Belgian cuisine for eight years.

Both artists represent a buoyant kind of pop art which is fresh, witty, realistic as well as expressive and clear. The pictures are always designed as a whole which creates a certain bond by being homogenous and pleasant to the human eye. The artworks’ message is central. Through the use of minimal tools, the human eye does not get disturbed nor distorted.The observer is able to understand the two artists due to their minimalist style.

Since 2015 numerous pieces of artwork with homoerotic motives have been produced. The observer is captured by the colorful and powerful pictures through which the artists want to share their joy with the whole world.